The holy pilgrimage of Devbhoomi Uttarakhand is one of the most pious pilgrimages anybody can take. Every devout Hindu is expected to make this journey at least once in their

lifetime to free themselves from the never-ending cycle of birth and rebirth. Taking this journey of the lap of the mighty Himalayas should definitely be experienced and you will be left with an overwhelming feeling of deep spirituality and devotion. We bring to you one of the most convenient and well-curated Char Dham Yatra trip of 2021 at the best available rates. 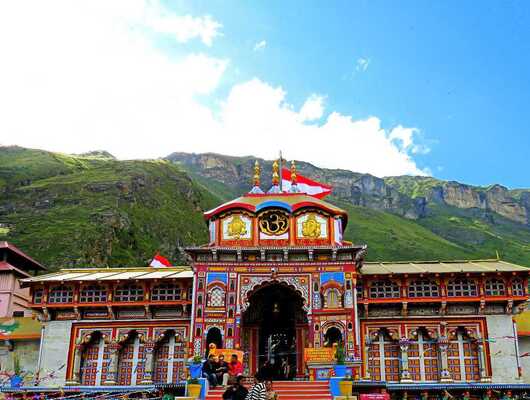 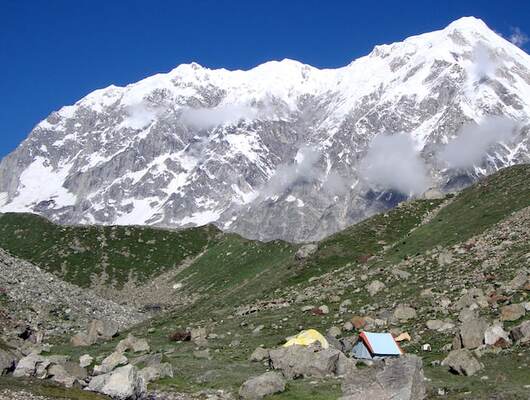 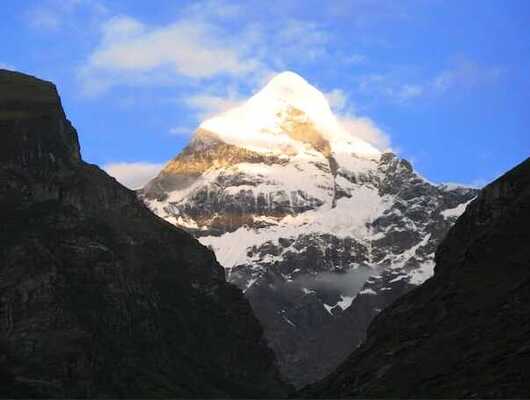 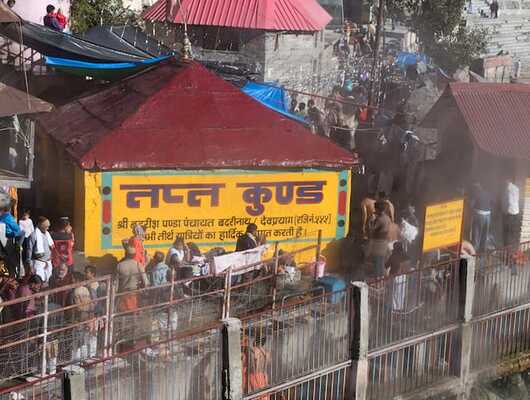 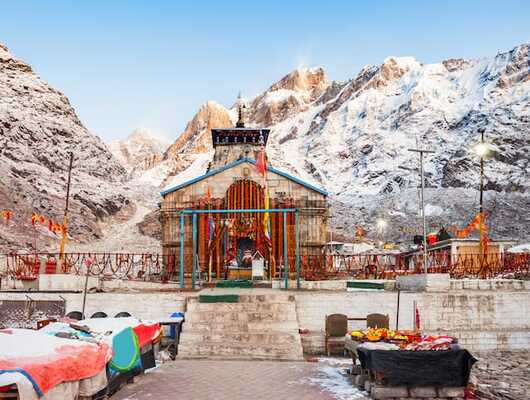 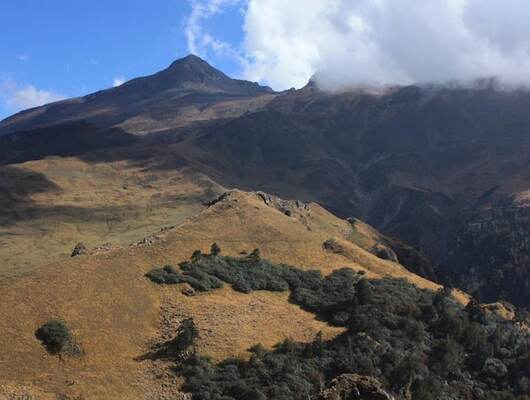 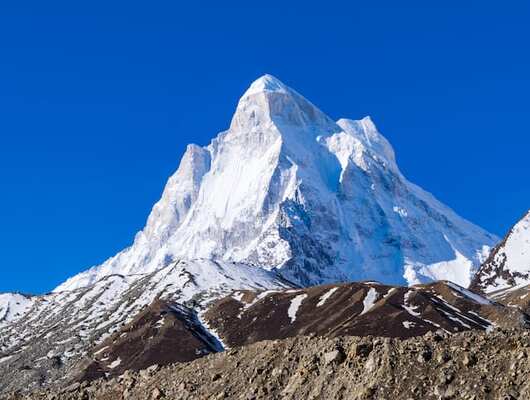 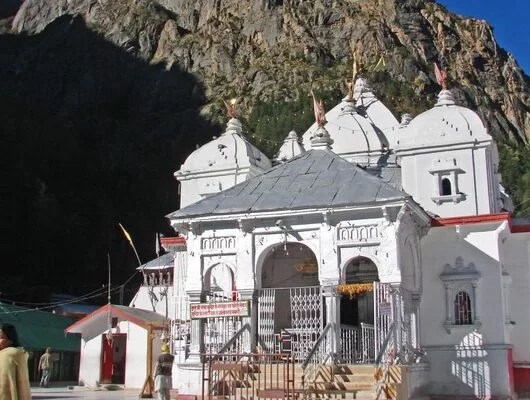 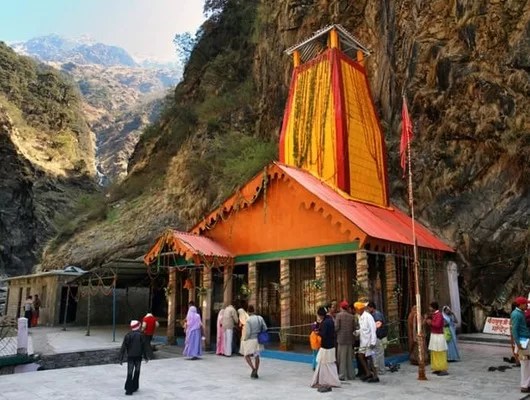 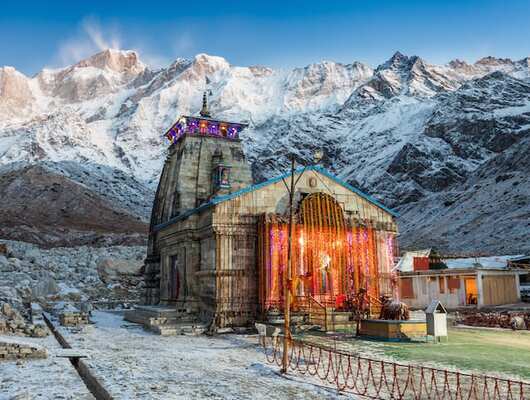 Welcome to Char Dham Yatra tour!You will be greeted by ChardhamTour.in representativeon arrival. Board the Coach (10:00 PM) and drive to Rishikesh. Overnight Journey.

Early morning drive to Jankichatti, trek starts from here to Yamunotri (6kms). On arrival Jankichattileave the vehicle and start to ascend on trek route either by walk or pony/doli (at own cost). On arrival at Yamunotri purchase Prasad form local small shops, then proceed to holy dip in natural hot water spring or in river Yamuna (icy cold water). One can cook rice in “Surya Kund” (hot water spring), dipping in a muslin cloth and take cooked rice home as "Prasadam". Pooja can be offered to mythological “DivyaShila”. Take blessings of Mata Yamuna and trek down to Jankichatti. Later drive back to Barkot for night stay.
Approx charges for Pony: - Rs. 1200 - 1500/- Per Person
Approx charges for Doli : - Rs. 4000 - 5000/- Per Person

Yamunotri Temple: The temple is dedicated to Goddess Yamuna who is believed supposed to be daughter of Lord Surya and sister of Yamraj. Maharani Gularia of Jaipur built the temple in the 19th Century. Being at high altitude it was destroyed several times by avalanches in the present century and rebuilt again.

Surya Kund: There are number of thermal springs in the vicinity of the temple, which flows into numerous pools. The most important of these is “Surya Kund” dedicated to Lord Surya.

DivyaShila: According to mythology, river Yamuna came out very first time from “DivyaShila”. This is worshipping place of Yamuna Mata.

Uttarkashi: Uttarkashi is situated on the banks of holy river Bhagirathi which is prime tributary of river Ganges. This place is associated with Lord Shiva, once he resided here. Some of the important temples worth visiting are Kashi Vishwanath temple, ancient Shakti Mata temple with a huge mythological trident (trishul), Hanuman temple etc.

Morning proceed to Gangotri (3048mts), en-route enjoy the drive parallel to River Bhagirathi and the most magnificent view of the Himalayas. On arrival at Gangotri have a holy dip in river Bhagirathi (icy cold water). Perform Pooja and Hindu rites at the bank of river. Then proceed for darshanof Mata Ganga, Lord Shiva, Hanuman,Vinayka and BhagirathMaharaj(all temples are within compound area)have blessings and return back to parking area board the vehicle & drive back to Uttarkashi. Overnight stay at Uttarkashi.

Gangotri Temple: The temple is dedicated to Goddess Ganga who is supposed to be daughter of Heaven. The temple was constructed by the Gorkha General Amar Singh Thapa in the 18th Century, is situated on the right bank of Bhagirathi.

Early morning drop to Sonprayag(for trek route)trek starts from here to Kedarnath.Start to ascend on trek route either by walk or pony/doli (at own cost). Helicopter service is also available for Kedarnath, so one can take helicopter to Kedarnath(at own cost). Tour members should carry personal medicines, heavy woolen, toiletries and clothes.After performing Pooja &Darshan of Shri Kedarnathji return to Sitapur. Overnight stay at Hotel.

Kedarnath: The Kedarnath shrine, one of the 12 Jyotirlingam of Lord Shiva, is a scenic spot situated, against the backdrop of the majestic Kedarnath range. Kedar is another name of Lord Shiva, the protector and the destroyer. According to legends, Pandavas after having won over the Kaurava in Kurukshetra war, felt guilty of having killed their own brothers and sought the blessings of Lord Shiva for redemption. He eluded them repeatedly and while fleeing took refuge at Kedarnath in the form of a bull, on being followed he dived into the ground, leaving his hump on the surface. The remaining portions of Lord Shiva appeared at four other places and are worshipped there as his manifestations. The arms appeared at Tungnath, the face at Rudranath, the belly at Madhmaheshwar and his locks (hair) with head at Kalpeshwar. Kedarnath and the four above-mentioned shrines are treated as PanchKedar.

Morning at leisure, today depart in the afternoon (around 12:00hrs noon) to Pipalkoti, on arrival check into hotel. Overnight stay at hotel.

Badrinath : one of the 'Four Dhams' is one of the most celebrated pilgrimage spots of the country and is situated at an elevation of 3,133 meters, guarded on either side by the two mountain ranges known as Nar & Narayan with the towering Neelkanth Peak providing a splendid backdrop. This revered spot was once carpeted with wild berries,thus the place got name "Badri van", meaning "forest of berries".

Tapt Kund : Natural thermal springs on the bank of the river Alaknanda, where it is customary to bathe before entering the Badrinath temple.

Narad Kund : A recess in the river, near TaptKund, forming a pool from where the Badrinath idol was recovered by Jagad Guru Shankaracharya and established in temple.

Brahma Kapal : A flat platform on the bank of river Alaknanda. Hindus perform propitiating rites for their deceased ancestors.

Sheshnetra : 1.5kms away from temple a boulder having an impression of the legendary serpent, better known as the Sheshnag's eye.

Charanpaduka : 3kms. Away is a beautiful meadow where the footprint of Lord Vishnu is seen on a boulder.

Mata Murty Temple : Devoted to the mother of Sri Badrinathji. Other important temples include SeshNetra Temple, Urvashi Temple and Charanpaduka.

ManaVillage : Inhabited by an Indo-Mongolian tribe, it is the last Indian village before Tibet.

BhimPul : On the other side of Mana village, a massive rock forming a natural bridge, lies over the roaring Saraswati river. It presents a spectacular view of water thundering down through the narrow passage under the rock and is believed to have been placed there by Bhim, the second eldest among the five Pandava brothers.

Vyas Gufa (cave) : Near Mana village, there is a rock-cave where Ved Vyas is believed to have composed the Mahabharata and the pauranic commentaries.

Joshimath : is situated on the slopes above the confluence of Alaknanda and Dhauliganga. Joshimath is one of four 'Maths' established by AdiShankaracharya. There are many temples in township most important is temple of Narsimha in commotion of Lord Vishnu. The left arm of this deity withers with time and the popular belief holds that the day arm completely witherBadrinath valley will cease to exist and the Godsresidence will transfer to neighboring Niti Valley at BhavishyaBadri.

Vishnu Prayag : It is the confluence of river Dhauliganga and Alananda& one the PanchPrayag.

Rudraprayag : It is the confluence of river MandakiniandAlananda& one the PanchPrayag.

Morning after breakfast tdrive to Haridwar, en-route visit Devprayag the confluence of Alaknanda and Bhagirathi. Here onwards downstream river is called Ganges, later transfer to Haridwar, on arrival proceed to perform ritualistic bathing on the banks of pious river Ganges and join the enchanting evening Aarti at Har-ki-Pauri. Brahma Kund, the spot where the Amrit (nectar) spilled out of the pitcher, is located at HarkiPauri and is considered to be prime ghat of Haridwar, if time permit one can visit Manasa Devi temple.After dinner, board the Coach to Delhi, overnight journey.

Not satisfied with this itinerary?

Are you interested in planning a Custom Trip now? It takes only 2 minutes!

FAQs - Chardham Yatra From DelhiExpand all

Q1. What are the opening and closing dates for Chardham Yatra?

Ans. Chardham yatra is going to open for 2021 from 14 May onwards and it will be closed during the first week in November.

Q2. Are there any VIP darshan facility in Chardham temple?

Ans. Yes, the VIP darshan tickets are available in All temples.

Ans. Yes, registration is required for everyone who are going for this journey by road. In case of helicopter journey passengers do not require any registration.

Q4. What kind of clothing should I be bring?

Ans. There are no strict regulations for clothing to visit the Temple as such. Being a place of worship, you should dress up decently and comfortably. you can wear anything you wish. Summer Months May and June, it is sunny and the weather remains quite pleasant, you can wear light clothes. However due to high altitude the climate is unpredictable and changes abruptly from sunny weather to heavy rain which suddenly makes the weather cold and freezing. make sure to carry waterproof raincoat and pants along with good quality of woollen socks, gloves and warm cap.

Ans. You will get pure Vegetarian Meals during yatra (Breakfast, Lunch and Dinner)

Q6. What kind of accommodation will be provided at places?

Ans. Accommodation will be provided depending on your package. We make sure that every passenger stays in comfort. however, the idea of comfort on these remote parts of the Himalayas is very different and basic. You should not expect a high end 5-star property because most of these hotels on high altitude regions remain closed off for 6 months and opens up only when the yatra begins. the hotels that we will offer will be the best in this situation.

Q7. What type of vehicle we will get in Badrinath & Gangotri to reach Temple?

Ans. Innova car with an experienced driver will be provided to you for visiting these temples.

Ans. There is no fixed age limit for Char Dham Yatris. As the yatra will pass through high altitudes, therefore preferred age bracket is between 7-75.
Ladies who are more than 6 weeks pregnant shall not allowed to undertake this yatra

Q9. Will there be a guide with us throughout the Yatra?

Ans. There will not be a guide because there is no need for it. all the necessary assistance will be given by us and the base managers present at the helipad. this includes guiding you through the briefing process and timely transfers to your next destination.

Q9. What is procedure of refund and how much time it take

Ans. Any refund against a payment received through a Credit Card, will be made on the same credit card only. Please note that the refund process may take 2 to 8 weeks due to banking procedures.

Q10. Does Char Dham by helicopter package include all Maha Abhishek Pooja and other activities during Chardham Yatra?

Ans. Yes, Maha Abhishek Pooja at Badrinath & VIP darshans at all the temples are included in the Chardham Heli Package.