Surprising Reasons Behind Ringing Bell before Entering the Temple

Ever since the ancient ages we have been following the holy ritual of ringing a bell which hangs on the entrance of a temple. But have you ever thought about what is the reason behind doing so? Amongst us I am sure nobody knows the exact and real reason prevailing to this ritualistic practice. 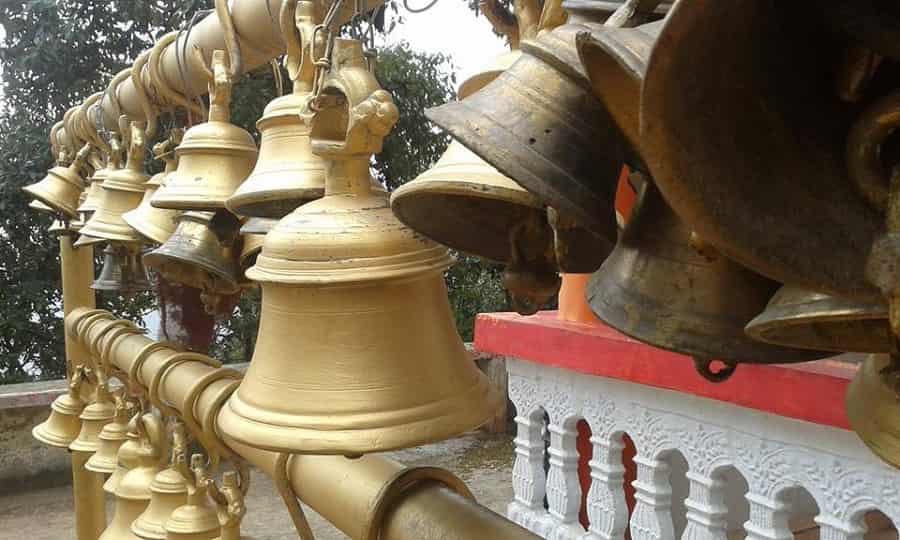 Let Me Tell You Why Exactly We do This:

According to Hindu religious beliefs every Hindu temple contains a bell hanging on its entrance and this act is being followed ever since ages. Even if you have not visited a temple you must have noticed loud bell noise of clanging of the bell sound in its nearby areas.

According to Religious Beliefs

According to the age old beliefs it is believed that by ringing these bells the consciousness of the presiding deity inside is awakened and worshipping a fully awakened god is said to be more fruitful and effective than praying without ringing the bell. As per the purans it is said that ringing these bells of the temples rids the ringer of all of his past sins.

According to Story of Creation

When the universe was created the sound that was heard at that time is the same sound that was heard while ringing this bell at the temple. This bell also symbolizes that noise which is considered to be extremely holy. Bells tied outside the temple also symbolizes time. It is said that when the earth will be engulfed in catastrophe during the end of an era the this exact same sound 9like the bell) will be heard in the entire surrounding.

According to Scientific Theories

There is also an interesting scientific belief behind hanging these bells outside the temple. As per scientific theories the ringing of the bell creates a certain vibrating sound that can be heard up to kilometres ahead of that region. The vibration caused due to this ringing is said to be so loud that it kills and destroys all the microbes and other harmful microscopic insects that falls on the path of this vibration created. This is done with an aim of keeping the premises of the temple clean and sparkling.

It is therefore said that any place where the bells are ringing on a regular basis, the air and environment there remains pure and clean. This is also the reason why you feel so calm and peaceful while entering the temple. Ringing of the bells also eliminates all the negative energy and opens doors for a more positive and brighter future for you.

India is a land that offers some of the most mesmerising and spectacular sights that you will never get to experience anywhere else in the world. Being home to a population of varied beliefs and religions there are several traditions that have been well preserved over ages. One such traditions is that of the famous Ganga Aarti for the believers of Hinduism. This is one ceremony that will leave you...

Many mutts are there for Sree Guru Raghavendra Swamy at Chennai. One such mutt is situated at Perambur Area. The address of the mutt is No.15,Srinivasan Street,Perambur,Chennai – 600 011. Several years ago, this mutt was donated by a couple belonging to Smarth...