Brahma Kapal of Devbhoomi Uttarakhand – This is the place where Lord Shiva had achieved his salvation after committing Brahma sin, a must visit site during your holy journey to Badrinath Dham. 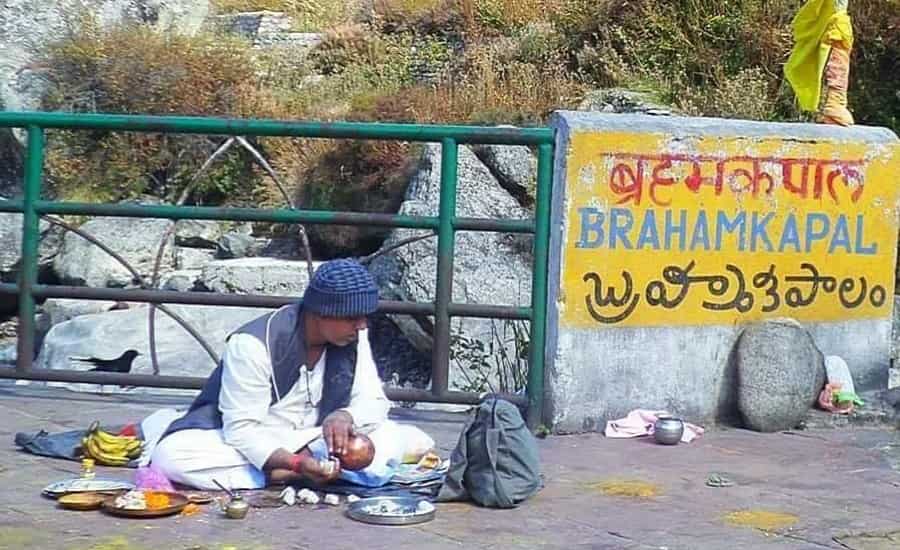 Devbhoomi Uttarakhand has been described as being extremely important not only for humans but for gods as well. Situated inside this legendary site is the place where Lord Shiva was liberated from the sins of the Brahman. This practice of delivering salvation to the ancestors at this place is believed to yield eight times more than the expected result. Brahma Kapal is situated inside the holy Dham of Badrinath and is the place where Lord Shiva was freed from his sin of Brahma Hatya. It is a popular belief that performing the ritual of Pind Daan here will free the souls of your ancestors from hell. As compared to the pilgrimage at Gaya performing Pind Daan at Brahma Kapal is said have eight times more the positive result. Not just lord Shiva the Pandava brothers are also believed to have achieved their freedom from the sin of committing Brahma Hatya. This place has also found its mention in the holy Vedas as well as the Puranas. Here is an interesting story related to this place:

This holy site is also associated with the origin of the entire universe. It is believed that when Brahma had approached his daughter Prithvi with wrong intentions in his mind, Lord Shiva had cut one of his heads off from his body with the help of his Trishul. Brahma’s head got stuck in his Trishul and Lord Shiva then became sinful. In order to get rid of this sin Lord Shiva had to descend to the earthly realm to perform penance. Lord Shiva came to the current spot of Brahma Kapal and this was the place where Lord Shiva had separated the head of Brahma form his trishul here. This place was also visited by the Pandava brothers who had defeated and killed their own kin during the war of Mahabharata. In order to get rid of the sin of killing their kin the Pandava brothers were on their way for their journey to heaven and they stopped here to offer their prayers to the souls of their departed ancestors. As per instructed by Lord Krishna Pandavas also did the ritual for Shradh in order to attain salvation for their ancestors as well as for the people who lost their lives in the battlefield. It is said that performing deep penance here will grant your ancestors with moksha or salvation from the karmic cycle of birth and rebirth.