Deemed for being one of the oldest temples in Devbhoomi Uttarakhand and located in the district of Uttarkashi, the Kashi Vishwanath temple (not to be confused with the Kashi Vishwanath temple of Varanasi) is extremely highly revered by Hindu devotees. Seated peacefully and exuding an aura of spirituality on the banks of the holy river Bhagirathi this holy place of Lord Shiva worship is primarily visited by people on their holy Char Dham Yatra. The defining feature is the mysterious Shiv Linga which is not placed in the centre but tilts surprisingly towards the south. There are numerous historical legends and mythological accounts related to the temple. 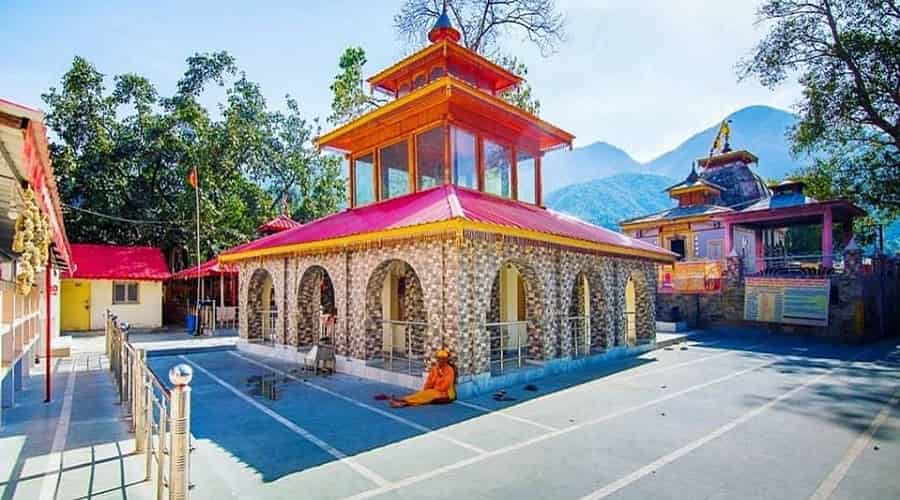 The Mystery of the Tilted Shiv Ling

There is a detailed account of how the presiding deity assumed a southern direction in the Puranas. Sage Markandeya was cursed with a very short life span and he was meditating on the very spot where the temple currently stands. When Yamraj came to take him away to Yamlok the sage tightly embraced lord Vishwanath and Bholenath was impressed with this affection shown by the sage towards him and the Yamraj was sent away with the sage being protected for a long life. Yamraj however did not back down, he then threw his gauntlet at the sage in an attempt to take him away. But the sage again clung on to the Shiv Linga of lord Vishwanath and finally Yamraj pulled the gauntlet in full force which tilted the Shiv Linga in the southern direction where the sage was holding it from.

The original Kashi Viashwanath temple was built by sage Parshuram and which was later on 1857 by Maharani Khaneti, wife of Sudarshan shah. The best part about the temple is that the altar of the presiding has not been touched and it is the same pre existing ancient one. It is a belief and as it has been mentioned in Skanda Puran that Lord Shiva will permanently settle here during the 2nd half of the Kaliyuga when the original Kashi Vishwanath in Varanasi will be flooded under water.

Another main attraction here is a Shakti Temple which is dedicated to goddess Parvati and is located right opposite to the temple of Vishwanath. The defining feature of this temple is a giant 6 metres tall Trishul which is believed to have been thrown by the devils at goddess Durga. Being 1500 years old this Trishul is one of the oldest relics in Uttarakhand. Believe it or not the Trishul cannot be moved even if you apply your complete body weight but vibrates lightly if you press it with one finger. I think some things can never be explained in this world.

Location and How to Reach

The exact location of the temple is close to NH 34 and just a few kms away from the government post graduate college and government inter college. You will just be needing to follow the same route leading up to Uttarkashi which makes Rishikesh the closest railway station to the temple which is located at a distance of 167 kms. Jolly grant airport of Dehradun is the nearest airport leading up to the temple at a distance of 171 km if you take the Mussoorie road and 181 kms if you opt for the NH 34 road.

The temple is located in Uttarkashi which experiences the typical high-altitude climate conditions.

Winter – This season lasts from October to March and the temperature can dip to zero and even sub zero levels. The region may also experience some snow storms and chilly weather making visit here very difficult and uncomfortable.

Monsoon – July to September forms the monsoon season in Uttarkashi which causes a hinderance in sightseeing plans due to the presence of muddy ways and road blocks. The weather however remains very beautiful and alluring. You may even visit carefully to experience the Himalayan rains.

Summer – March to June months make up for the summer season in Uttarkashi when the temperature also rises up to as high as 30 degree Celsius but not more. The roads are clear, sky is open and the temperature at the perfect level to enable you to go exploring and sightseeing. This is the best time to make plans for a visit to Kashi Vishwanath. 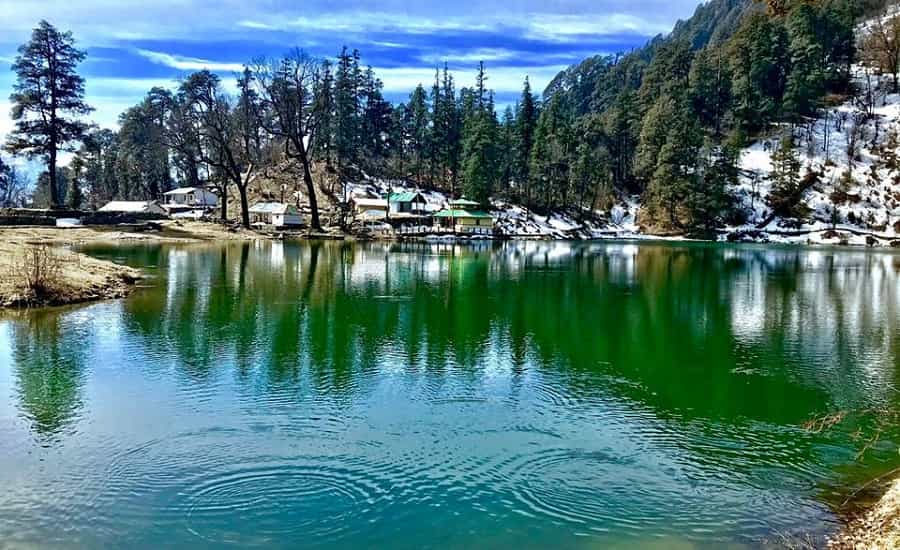 If you are an adventure seeker at hear then you must trek your way up to Dodital Lake which is named after the Dodi fishes found only in this lake. This place is a true testament of untouched and pristine natural beauty and the Tal or Lake here is crystal clear. You can even indulge in fun fishing activities here after getting a permit for the same. Although underrated this activity with the family will be truly unique. 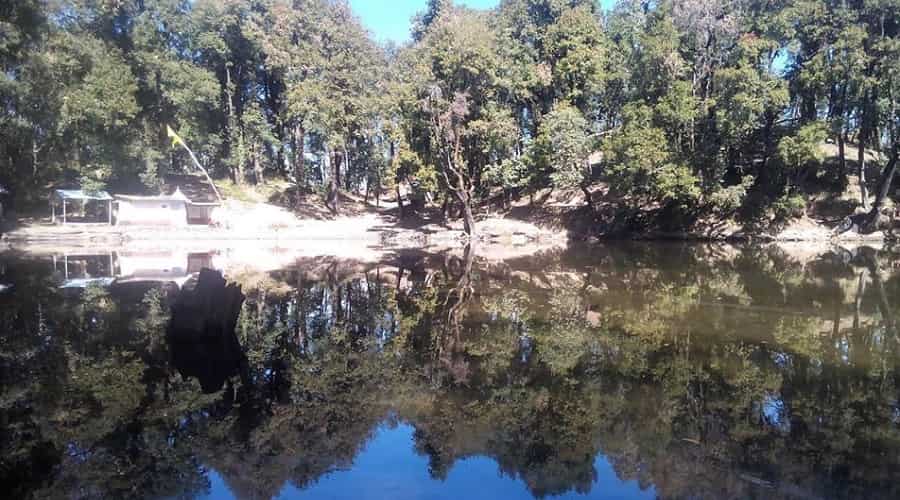 Once in Uttarkashi the whole religious experience can get a bit overwhelming. To getaway from the bustle you can make your way to Nachiketa Tal which is a mesmerising trek of unadulterated scenic beauty. The lake in itself has a tranquil and a very positive effect once you finally reach your destination. The defining feature here is a small white hut that adds on to the whole beauty. 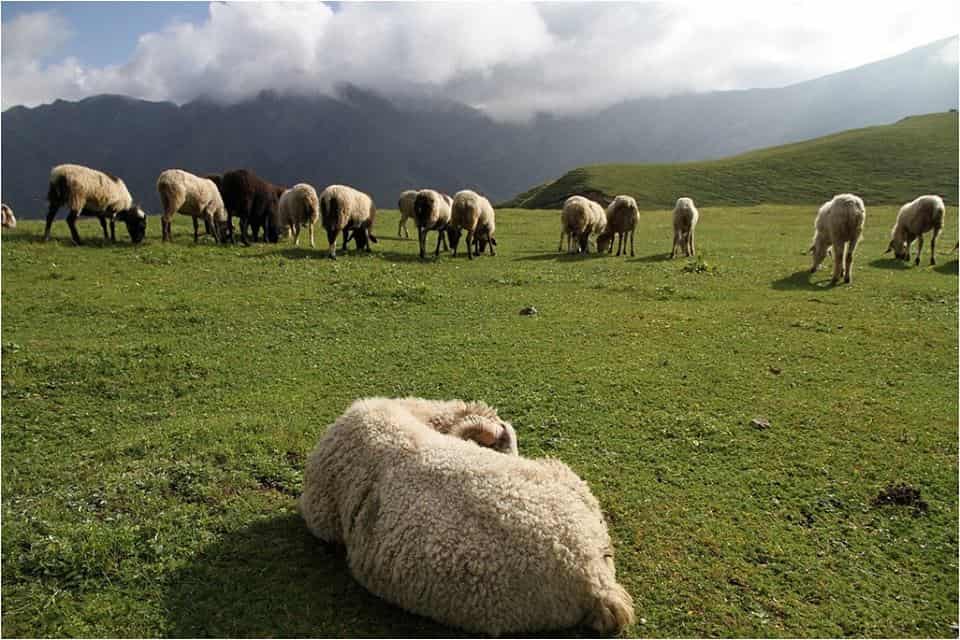 This this probably on every beginner trekking enthusiast’s list. It is a must visit choice for both winter and summer trekking journeys. The gently rolling Bugyals forms the perfect ground for pitching a tent, camping out and sleeping in the wilderness to get the authentic vibe of trekking in the Himalayas.