Lord Vinayaka is the first god in the Hindu tradition. Every Hindu worship lord Vinayaka as an obstacle remover and people will worship him daily before doing their daily routines.

Lord Vinayaka is the symbol of Wisdom and Faith. He is regarded as the god of gods. Lord Ganesh Temple is situated in almost all parts of India. Even under a tree, he will be available. He cannot be ignored when we start a new venture or any other new engagement. 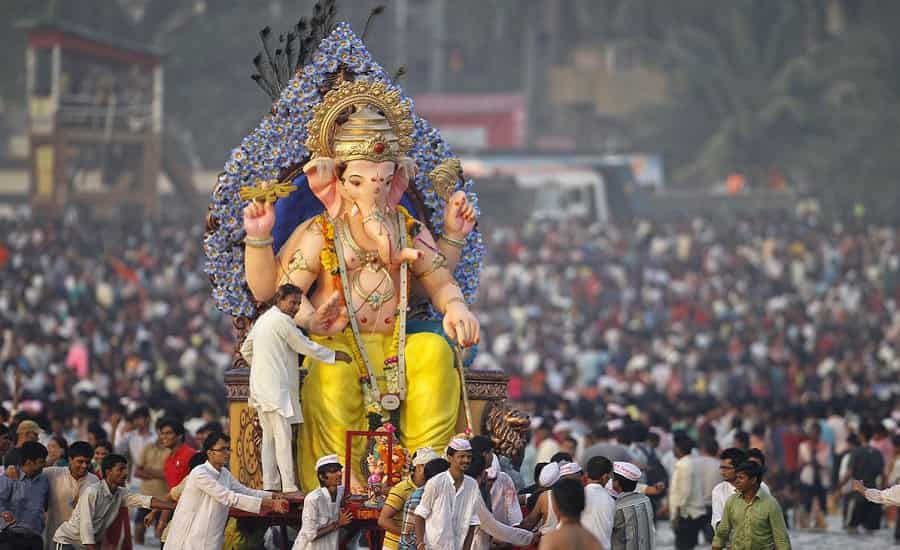 My mother Mrs.R.Saraswathi has written Sri Vinayaka Puranam along with Muruga Puranam(Two Parts) for Prema Pirasuram, Rangarajapuram, Kodambakkam, Chennai during 1960’s. Still now that books are available in all leading book shops. Several times she has been safeguarded by Lord Ganesha from various accidents and ill health.

Vinayaka Chaturthi is celebrated in all parts of India with much joy and interest. Idols of Vinayaka will be found all over the streets on the occasion of Ganesh Chaturthi.

It is mentioned in our Puranas, that even divine gods worship lord Vinayaka before doing any new activity. Such a kind of importance is given for Lord Ganapathi. Since he emerged from Goddess Parvathi, he possesses the Sakthi element. That is, protecting and safeguarding the people and removing the evil elements in their life.

Almost in all Shiva and Vishnu temples, Lord Vinayaka’s idol will be there. Abhishekam and Archanai will be done with many specialties. He is also called as Aingaran, five hands including his thumbikai. Aingarathane, Anaimugane is the most popular song of Lord Vinayaka which will be sung during Vinayaka Chathurthi in temples.

Lord Vinayaka’s statue will be there is almost all Hindu temples. In some Raghavendra Mutts and Sai Baba Temple also, in the entrance, Lord Vinayaka Idol will be there. People can perform pooja to Lord Ganapathi without much strain. By offering Arukampul itself while performing Archanai, he will be satisfied and will fulfill our needs and wants.

If we worship him with pure bhakti, he will be readily available to come to our house and will partake with our Neiveidiyams and bless us.

Lord Ganesha’s history is described in many Puranas. He was blessed and got various boons and also got the first god position from the divine gods.

He is the elder brother of Lord Muruga, and described as a playful boy during his Childhood, similar to that of Lord Krishna. He is very fond of Mothagams. It is advisable to prepare Mothagams during every Sankatahara Chathurthi ( which comes once in a month) and to offer to Lord Ganapathi as Neiveidiyam along with various flowers and Arukampul. If we face any problem and call him, instantly he will be available and clear our problems. His vahana is Mushika.

In Hindu trinity, he is praised by various sages as remover of obstacles, bring luck to people, fulfillment of needs and wishes of people and finally giving salvation.

He is praised with various slokams. Women sage and poet Avvaiyar has written songs on him. Hence it is advisable for each and every person to worship Lord Ganapathy, before doing any work and also before worshiping any other god.

His famous temples are situated in Chittoor District- Kanipakkam Vinayaka temple and also in Mumbai –Ganeshji Temple and Karnataka – Idagunji Vinayaka Devaru, Trichy – Malaikottai Temple. Almost in all temples, free food is being offered as Prasadam for about 100 to 200 devotees.