The Yamunotri shrine belongs to Goddess Yamuna who for all pious Hindus holds the status of the omnipotent Mother to the human race. It is believed that life on Earth keeps going with the support of rich nourishment, coming from the grace and blessings of Goddess Yamuna. Apart from religious beliefs, River Yamuna is renowned as a major Indian river and is a part of the famed Sister Rivers trio ‘Ganga, Yamuna, Saraswati’.

In the year 1839, Tehri Naresh, King Sudarshan Shah constructed the Yamunotri temple in honor of Goddess Yamuna. That temple however was intensely damaged by a fierce earthquake. Jaipur Maharani Guleria took the initiative to rebuild and renovate the temple and thus the new and present temple of Yamunotri came into being in the later part of the 19th century.

There are many legends associated with Yamunotri temple. According to religious legends Goddess Yamuna is daughter to Surya Dev, the Sun God and Saranyu, the Goddess of Consciousness and is sister to Yama, the God of death. Thus Hindus believe that by offering Puja at Yamunotri they will get the blessings of not only Goddess Yamuna but also of Surya Dev, her father, Saranyu, her mother and Yama, her brother. Devotees never forget to take their dip in the waters of the holy River Yamuna because they think that by doing so they would be able to get rid of the fear of mortality or death. The mountain falling adjacent to the source of Yamuna River is named after Yamuna Devi’s father, Surya Dev. It is named as Kalind Parvat as Surya Dev is also differently named as ‘Kalind’. 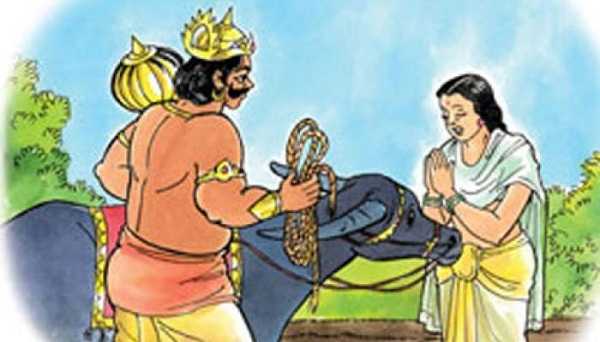 Another legend tells that Asit Muni, the ancient sage had lived his hermit life in this region. Each day he took his bath both in River Ganga and River Yamuna. As he aged, he could no longer travel to River Ganga. To allow him to continue his bathing rituals in an uninterrupted manner, a stream of the River Ganga also emerged close to Yamuna, just at its opposite.

Yet another legendary tale holds that Goddess Yamuna was by nature too very frivolous. This trait came in her because as myth goes, her mother was unable to make an eye contact with the immensely dazzling husband of Yamuna.