Significance from the Religious Point of View
Goddess Yamuna to whom the Yamunotri temple is dedicated is considered as a holy mother figure by her devotees. All Hindu devotees strongly believe that by visiting Yamunotri temple, by praying at the feet of Goddess Yamuna, by getting the privilege to taste the holy ‘Prasadam’ and by taking a holy dip in River Yamuna, they would be able to absolve all their mortal sins and get respite from the ‘fear of death’, the greatest mortal fear. It is a tradition in the temple to cook ‘Prasadam’ from the water of adjoining hot springs. The fuming hot spring water can easily help in cooking rice, pulses and in boiling vegetables. This food is offered to the deity as ‘Prasadam’ and also distributed among devotees. Devotees consider this mineral-enriched Prasadam to be very holy and soul-liberating. 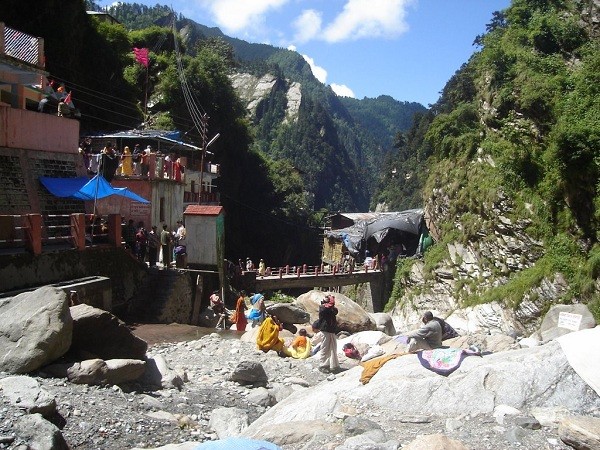 Significance from the Architectural Point of View
The temple of Yamunotri was constructed in 1839 AD for the first time under the initiative of the King of Garhwal, Tehri Naresh Sudarshan Shah and it was constructed over the existing ancient temple. But later an earthquake caused significant damages to the temple which was then renovated and built anew by the Maharani of Jaipur, Guleria. That was done in the 19th century. Thus what we see as the Yamunotri temple today is the outcome of many renovations and architectural endeavors, patronized by the rich royal community.

Significance from the Mythological Point of View
Hindu mythology declares that Yamuna Devi is Sun God or Surya Dev’s daughter with her mother being Saranyu Devi and brother being the ‘God of Death’ Yama. So according to the mythic details related to her birth and origin, Yamuna Devi assumes great religious importance for Hindus. Devotees believe that by worshipping Yamuna Devi, they can also please and thus get blessed by Surya Dev, Yama, Sughna Devi.