Do dham yatra by helicopter package of ours has been meticulously designed to let you procure blessings of Lord Kedarnath and Badri-Narayan in a single day. The one day tour is ideal for you if you have been postponing visiting the sacred shrines due to lack of time or entertain doubts regarding your physical fitness to endure the perils of the journey. 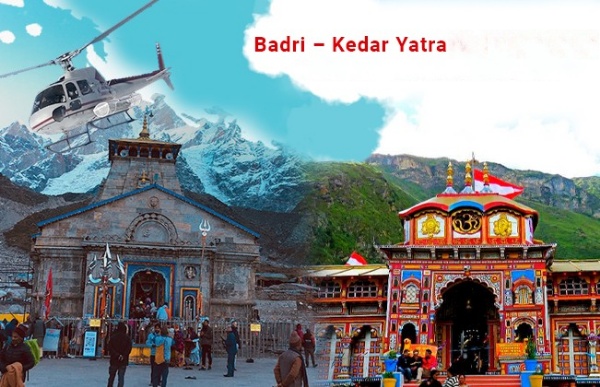 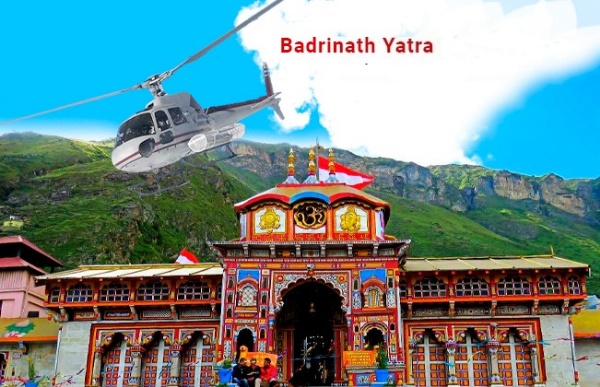 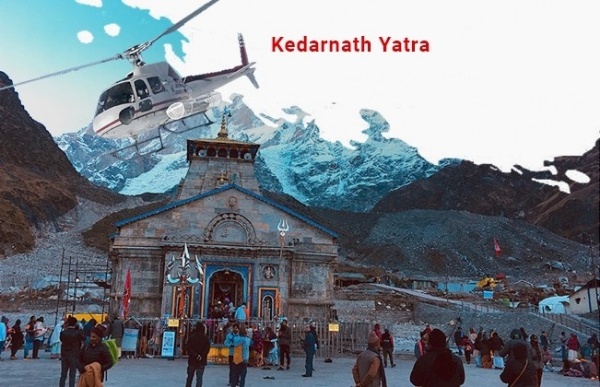 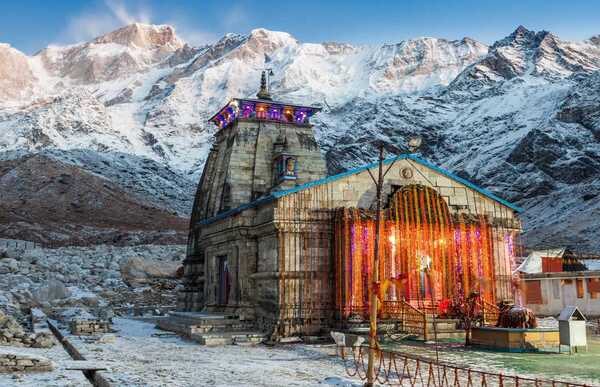 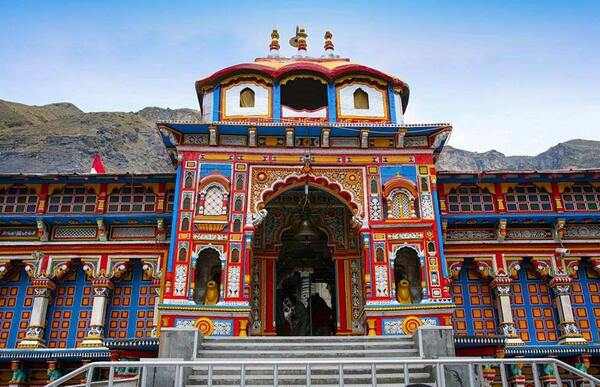 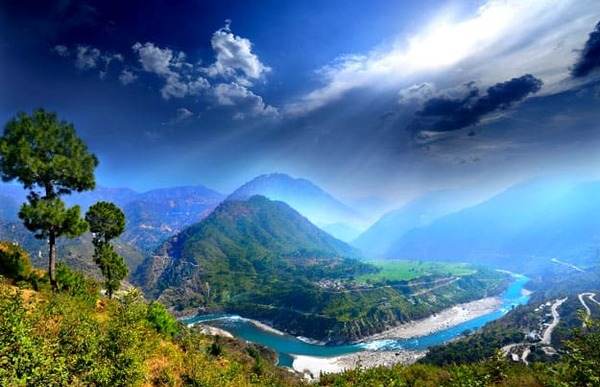 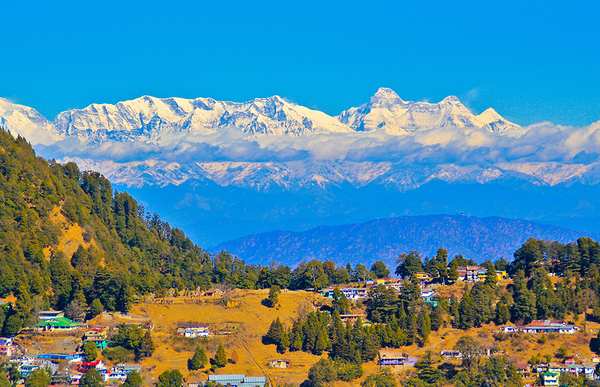 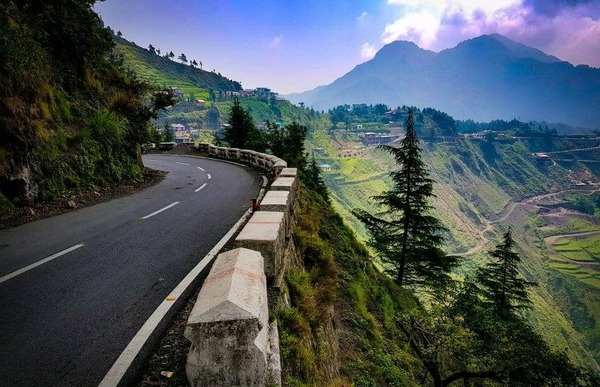 Badrinath and Kedarnath, the holiest of Holy abodes of Lord Vishnu and Lord Shiva, are supposed to be visited together. In fact, a widely held belief states that a visit to Badrinath is deemed incomplete without prior darshan of Kedarnath. Many believe that visiting the sacred shrines upon the snowy Himalayan peaks cleanses them of their karmic sins and catalyzes their path to salvation. Do dham yatra by helicopter lets one enjoy the blessings of Lord Shiva and Lord Vishnu from the most revered of their abodes in Himalayas. In addition to the spiritual and religious benefits strung together in the course of a single day, the yatra would also prove aesthetically rewarding with one being gifted views of Himalayan topography from the skies via helicopter rides!

The one day helicopter yatra ensures that the devotees enjoy a comfortable, spiritually beneficial and wondrous darshan of both the dhams. The helicopter journey would begin and end at Dehradun, the capital city of Uttarakhand state. Let us explore in detail what the detailed itinerary has in store for you.

7:00 am Departure from Sahastradhara Helipad, Dehradun

The holy do dham yatra would begin from Sahastradhara helipad at Dehradun at around 7.00 am in the morning. You are urged to show up at the helipad well ahead of the departure time so as to be able to attend the briefing session in which the pilot and ground staff would explain you the dos and don’ts of helicopter journey.

After less than an hour’s journey, the helicopter would alight at Guptkashi helipad. It is so because Government regulation insists that a different helicopter service widely referred to as shuttle service run between Guptkashi/Phata and Kedarnath shrine. Thus, you will be transferred to shuttle service at Guptkashi which will take you quite near Kedarnath shrine within 8-9 minutes.

8:00 am Arrival at Kedarnath Shrine

Kedarnath Temple is at a walking distance from the helipad you will alight at. Our package includes the cost of VIP darshan slips. Thus, enjoy a hassle-free darshan of Kedarnath Jyotirlinga. Do you know that only twelve jyotirlingas exist throughout India? It is considered to be a matter of utmost fortune to be able to witness the jyotirlingas.

11:00 am Departure towards Badrinath

It is now time to leave for our next destination – Badrinath. References of Badrinath abound in Puranas and devotional works of yore, the land has long been venerated as the sacred soil fit to engender in anyone longing for spiritual metamorphosis. In fact, Vishnu’s twin avatar Nar and Narayan performed austerities for thousands of years in the very land to bring in the highest good for all living beings in the universe.

An hour-long flight above the clouds via helicopter would bring one till Badrinath Dham. Badrinath dham is venerated as one of the 108 divya deshams expounded in the works of Tamil saint-poets Alvars. Skanda Purana exalts its stature to be the highest among all Vaishnavite shrines in all the worlds.

After enjoying a blissful darshan, you will be driven to hotel for Lunch.

After a sumptuous meal, one will be ready to aboard helicopter for the return journey to Dehradun.

Enjoy the helicopter ride once again, the captivating beauty of Himalayas is sure to enchant you again and again. Hopefully, the do dham yatra by helicopter will have gifted you memories that would last a lifetime.

Not satisfied with this itinerary?

FAQs - Do Dham Yatra By HelicopterExpand all

Ans. We operate Airbus AS350 B3, BELL 407 single Engine helicopter. This is known for its high-altitude performance.

Q2. How many passengers can fly at a time in helicopter for Chardham yatra?

Ans. Only 6 passengers can fly at a time.

Q3. What are the opening and closing dates for Chardham Yatra?

Ans. Chardham yatra is going to open for 2021 from 14 May onwards and it will be closed during the first week in November.

Q4. Are there any VIP darshan facility in Chardham temple?

Ans. Yes, the VIP darshan tickets are available in All temples.

Q5. What is the best time for Chardham Yatra by helicopter?

Ans. The best time to go for Chardham yatra is during the months of May, June and September and October. Avoid rainy seasons of July & August

Q6. Is there any Helicopter services to Chardham from Hyderabad, Bangalore Chennai, Delhi/Mumbai/Ahmedabad etc.?

Ans. There is no direct connectivity from anywhere else in India to the Char Dham Temples. the best option will be to fly up to Dehradun and then commence your journey from here on. if you want to save that hassle as well, then we can book this ticket as well for you to make it easier on you.

Ans. Yes, registration is required for everyone who are going for this journey by road. In case of helicopter journey passengers do not require any registration.

Q8. What kind of clothing should I be bring?

Ans. There are no strict regulations for clothing to visit the Temple as such. Being a place of worship, you should dress up decently and comfortably. you can wear anything you wish. Summer Months May and June, it is sunny and the weather remains quite pleasant, you can wear light clothes. However due to high altitude the climate is unpredictable and changes abruptly from sunny weather to heavy rain which suddenly makes the weather cold and freezing. make sure to carry waterproof raincoat and pants along with good quality of woollen socks, gloves and warm cap.

Ans. You will get pure Vegetarian Meals during yatra (Breakfast, Lunch and Dinner)

Q10. What kind of accommodation will be provided at places?

Ans. Accommodation will be provided depending on your package. We make sure that every passenger stays in comfort. however, the idea of comfort on these remote parts of the Himalayas is very different and basic. You should not expect a high end 5-star property because most of these hotels on high altitude regions remain closed off for 6 months and opens up only when the yatra begins. the hotels that we will offer will be the best in this situation.

Q11. What type of vehicle we will get in Badrinath & Gangotri to reach Temple?

Ans. Innova car with an experienced driver will be provided to you for visiting these temples.

Ans. There is no fixed age limit for Char Dham Yatris. As the yatra will pass through high altitudes, therefore preferred age bracket is between 7-75.
Ladies who are more than 6 weeks pregnant shall not allowed to undertake this yatra

Q13. Do I get exclusive helicopter service, or will I be sharing it with other passengers?

Ans. Yes, you need to share your helicopter tour with other passengers. Exclusive helicopter service for Chardham Yatra is available but it would be very expensive.

Q14. Do you offer Chardham helicopter service to persons with disabilities?

Ans. Yes, we do provide service to the persons with disabilities.

Q15. How to book your Chardham yatra by helicopter package?

Ans. The process of booking your Chardham helicopter service is very easy as you can simply book it from our website by clicking book now button and follow the booking procedure, else you can simply make a query by filling the enquiry form, our travel consultant will give you a call and send you the package via mail or WhatsApp, after clearing all you doubt you can book the package and make the advance payment by NEFT, RTGS, Net banking, Cash Deposit on Bank, or Dropping a check in your nearest bank.

Ans. You will be provided with a cab service along with a driver who will take you to the helipad in Dehradun, which is the starting point for helicopter ride to Char Dham Temples.

Q17. What are some Health advisory for Chardham Yatra by Helicopter?

Ans. There is no such health advisory if you are well and not over 60 years old. Being a helicopter trip most of the work will be already taken care of and you won't have to exert yourself too much. however, the temple is located at a very high altitude and it may trigger motion sickness or high-altitude sickness. if you're still unsure then it is best to consult your doctor and tell them about your helicopter plans before hand to get the right idea. It is always a great idea to keep yourself properly hydrated at all times.

Q18. Will there be a guide with us throughout the Yatra?

Ans. There will not be a guide because there is no need for it. all the necessary assistance will be given by us and the base managers present at the helipad. this includes guiding you through the briefing process and timely transfers to your next destination.

Q19. At which altitude can the Chardham Yatra Helicopter fly?

Ans. The flight journey will take you across a height of 3,000 to 6,000 Metres above sea level and through the lush valleys.

Q20. During what hours are helicopter tour flights Operated?

Ans. The helicopter service to Chardham Yatra starts from Dehradun at 6:30 AM onwards

Q21. How far Dehradun airport is from helipad?

Ans. It is 25 km away from airport and it takes approx. 1 hr. to reach depending on the traffic.

Q22. Is there any weight limit for Chardham Helicopter Tours?

Ans. Helicopter has a tiny space for people. keeping this in mind, 5kg per passenger is permitted for Chardham Helicopter tours.

Q23. Are there any other circumstances under which my helicopter would be delayed?

Ans. Yes, things can be changed at last moment due to a number of problems. this includes anything from operational issue to weather changes, clearance from Air Force & Civil Aviation, VVIP movements, valley flying by Indian Air Force (NOTAM), sudden occurrence of technical snag in helicopter, illness of flying crew & delayed positioning of the guests at the helipads.

Q24. From which place the Chardham Yatra Helicopter service is available?

Ans. Helicopter services are available from Dehradun (Sahastradhara Helipad) to all the four destinations of Yamunotri, Gangotri, Kedarnath and Badrinath.

Ans. No, the nearest helipad is Kharsali which is 6 kms before the Yamunotri Temple. From there we will provide you palki (carried by 3 or 4 people) it take 2.5 hrs to reach temple.

Q26. What is Duration of Chardham Package By Helicopter?

Ans. Chardham Helicopter packages can ideally be done in 5 Night and 6 Days comfortably. However, if you have limited holidays then you can plan for 1 Night and 2 Days package.

Q27. What if I need to cancel my helicopter tour?

Ans. Yes, you can cancel your tour but you will have to follow our cancellation policy. we can help you with it.

Q28. What is procedure of refund and how much time it take

Ans. Any refund against a payment received through a Credit Card, will be made on the same credit card only. Please note that the refund process may take 2 to 8 weeks due to banking procedures.

Q29. Does Char Dham by helicopter package include all Maha Abhishek Pooja and other activities during Chardham Yatra?

Ans. Yes, Maha Abhishek Pooja at Badrinath & VIP darshans at all the temples are included in the Chardham Heli Package.

Do dham Yatra By Car