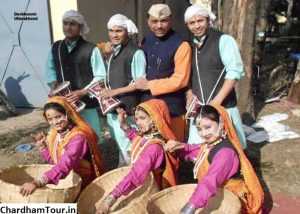 Badrinath is one of the minor and major CharDhams of India yet due to the inhospitable terrain and tough climatic conditions, the population remains sparse. Except of temple tourism there is very little opportunity for earning livelihood and this is one reason why local youth have migrated elsewhere in search of opportunities.