Char Dham All Weather Highway Project: Environmental Abuse in the guise of Development?

Uttarakhand Government remains firm in its resolve to finish Char Dham All Weather Highway Development Project by March 2019. The ambitious project was announced by Prime Minister Narendra Modi during the preparatory phase of Uttarakhand Assembly elections of 2017.  The project is supposedly a tribute to the victims of the horrendous Kedarnath tragedy in 2013, as per the statement made by Prime Minister on 27th December 2017.

The project has attracted considerable controversies due to the nature of its interference upon a high ecologically sensitive region of Himalayas. The Highway Project entails expansion of existing roads as well as construction of new tunnels by cutting through mountains. 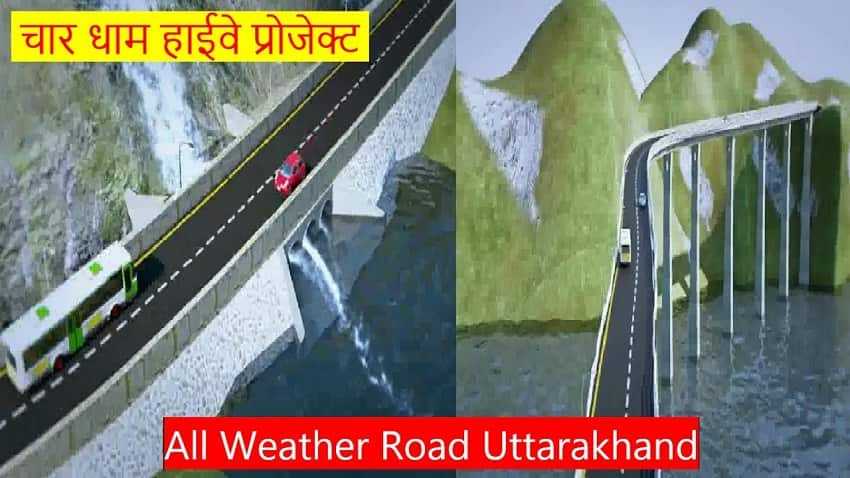 What is Char Dham Highway Development Project of Uttarakhand?

The proposed infrastructure project in progress intends to build two lane express NH roads with a minimum width of 10 m in Uttarakhand. The 900 km long roads are meant to connect the four sacred shrines at Badrinath, Kedarnath, Gangotri and Yamunotri. Construction of tunnels, bridges, bypasses and flyovers in the proposed terrain would not just ease travel, but also contribute significantly to promote tourism in the state. Particular measures intended for proper slope stabilization as protection against landslides is also part of Char Dham Highway Project.

Most of the highway network that existed along Char Dham Yatra route was damaged during 2013 cloudburst, leading to the need for upgradation of the roads. These roads are not just significant for their role in transportation and tourism within the state, but also in their strategic role for being the supply and deployment channels for military establishments along the Indo-Chinese borders of Uttarakhand state.

The existent deficient highways linking the four abodes of divinity would be widened and improved under the Char Dham Highway Project. The estimated total cost of the project is Rs.12,000 crore.

Uttarakhand had inspired an entire generation of environmentalists, eco-socialists and eco-feminists in 1970s following its landmark non-violent resistance against deforestation, namely Chipko movement. Today, though, the state seems to be lost in its hazy lure of development as its governing and administrative bodies as well as most of its citizenry, with strong back-up from Central Government, are turning a blind eye towards proposed felling of about 50,000 trees under Chardham project. That such massive deforestation would accompany the Project that began in 2015 was not known to many, and was informed by Om Prakash, Additional Chief Secretary, Public Works Department in January 2018. The gravity of the situation can be understood from the fact that rampant deforestation that began by December 2017 had already cut down over 25,000 trees without much regard to the adverse impact it would have on the environmental balance of the region. Since the governing and administrative bodies have failed to even adhere to the requisite officially authorized environmental standards, Citizens for Green Doon, an NGO based on Dehradun, approached National Green Tribunal drawing attention to the many loopholes in the lawful execution of Char Dham Project. This led to a series of court hearings, sending notices, criticisms and stays on the further execution of the Char Dham Project.

What Are the Environmental Hazards Posed by Char Dham All-Weather Highway Project?

What are the Environmental violations made under Char Dham Highway Project?

Since the region in which Char Dham Highway Project is being planned falls under Ganga basin’s floodway, the all weather Project being envisaged could ultimately prove meaningless- this is what K S Valdia, renowned geologist and Padma Shree recipient, had to say Wadia Institute of Himalayan Geology in 2017. Floodways are defined as natural channels through which lot of discharge of floodwater and debris occurs during floods. Since the area is highly susceptible to floods in the future, the efficacy of an ‘all weather project’ being built on the floodway is questionable. Combine this with the recent erratic rainfall patterns the land witnessed, including the horrendous Kedarnath cloudburst that claimed over 5,000 lives, one cannot help but lament the lackadaisical attitude with which the Government handles the ecologically sensitive Himalayan terrains. 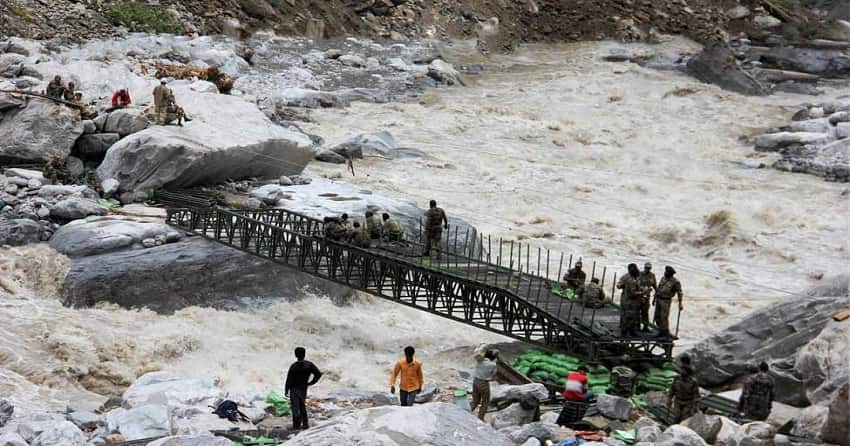 The popularity of Char Dham Yatra, a pilgrimage to four sacred shrines in Himalayas, is on the rise. The highway project envisaging all weather roads that connect the remote sacred shrines is a supposed boost for the state’s tourism. But the question is – at what cost?

Gone were the days when pilgrimages were undertaken as invitations to delve deeper into the spiritual realms of life. Pilgrims embraced obstacles they encountered on the path as ‘tests’ that would bring them closer to Divine. The ultimate purpose was inevitably dissolution of one’s ego, and deeper surrender before Divine will. Thus, such places that were difficult to traverse to were considered ideal since trips to them, preferably on foot, gave one ample time and prospects for deeper contemplation, mindful meditation and yearning prayers. Modern day pilgrimages reduce pilgrimages to mere having ‘Darshan’ of the sacred shrines, and rule out the importance of the path altogether – it is just the holy destination at the end that matters. This, in itself, is not problematic as such, but what follows such utilitarian approach to religion and spirituality might just deprive the pilgrimage of its essence and render it not merely a caricature but a serious blot on the spiritual sanctity of the land.

Indian religious traditions have always held Nature with utmost respect. Hardly can anyone deny the numinosity and divine essence that are pervasive in unadulterated natural environs. What can be a more corporeal embodiment of the Divine Mother than Mother Earth? Treating ecologically precious Himalayan terrains as mere economic resources, deprived of their soulful, spiritual essence, is a serious aberration of our cultural and spiritual heritage. Worshipping River Goddesses in Temples are to be deemed hypocritical if the religious paraphernalia, rituals and associated customs associated with the worship itself become a major source of their pollution. Rampant dishonouring of nature in the name of ‘development’ ultimately is unsustainable, as the long-term costs of serious environmental damage far outweigh short-term commercial benefits earned by undue exploitation of natural resources. That such dishonouring of nature happens in the name of spiritual beneficence of pilgrimages is truly heartbreaking. May we learn to live by the principles we worship in our sacred texts, may we learn to truly honour Nature- the true embodiment of Shakti- more urgently in the green forests, mountains and rivers we are gifted by Her bounty than in temples, May our ideas and aspirations of development be deeply rooted in environmental protection as well, May the Divine illumine our minds and open our hearts to seek novel, environmentally friendly ways to tackle developmental issues.

The next hearing on the issue is scheduled on 19 April 2018 by NGT. Due to the government’s failure at adherence to the many provisions laid down by NGT, it is given time till the date to file the requisite action plan and comply with the previous orders laid down by National Green Tribunal. Also, NGT has imposed a stay on all activities under the Char Dham. All Weather Highway Project that could negatively impact environment till the above date.